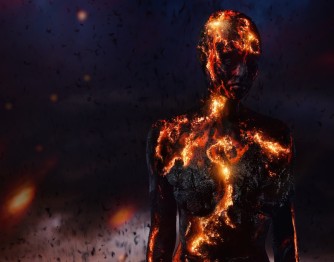 I’ve noticed a lot of people recently searching for information about ‘smelling burning’ or ‘smelling smoke’ or ‘constantly smelling incense burning’  when none is physically present. I wrote a bit about this phenomena in my article Strange Nonphysical Smelling Phenomenon December 26, 2008, but because this particular Ascension related symptom is being experienced by increasing numbers of people, I thought I’d talk a bit more about it.

In November 2008, I was finally energetically released from the unpleasant job of waiting and holding the energetic door open for any last-minute people who desired to get on board the evolutionary Ascension elevator. Much of 2006, all of 2007 and 2008, was this endless and painful in every way waiting and holding open that energetic “door” for people ready to leave the old lower (during 2008) and move up energetically. For me, late November 2008 was when I no longer was required to stay in that lower frequency energy waiting and holding open the energy door for others. As I was released from that lower energy level of waiting and holding open the “exit door”, I immediately started smelling burning incense and/or what I thought might be someone’s chimney smoke because it was winter. I’ve smelled it almost constantly ever since November 2008, when that huge and important completion and break-off point happened and I “ascended” up a few more energy Stair-steps.

I mentioned in my other article about this topic, how I would often smell burning pipe tobacco and/or burning incense back in the 1980’s and 1990’s when positive higher dimensional ET beings would make contact with me. It was one way for Them to let me know They were in the area energetically and getting ready to make contact psychically, telepathically and/or ethereally with me and whoever else was present with me at the time, which was often my mother.

Since my biological Ascension Process began in February 1999, I’ve not had this sort of contact with these old familiar ET family and friends. We’ve all moved on, ascended, evolved into new and higher states and so have They. Due to our ongoing ascensions, many of us in physical human form have energetically moved into a new higher state where we’re smelling smoke, burning incense or possibly even flowers mixed in with those smoky smells. I believe we’re smelling this now—without any of those past ETs being present—for the simple reason that WE are now what They were years and decades ago to us back in the old lower PRE-Ascension world.

I believe our currently smelling burning incense and/or smoky smells is another way we’re realizing that we are indeed the new “Earth Angels”. For many of us it’s yet another  way to show us where we are now in comparison to where we were in recent months (the big transition of late 2008), years and even decades. There’s a host of other ascension clues telling us that we’re very different people today that are literally vibrating at much higher levels and faster frequency rates than we were before. One example of this is when other people vibrating lower and slower simply do not seeing us all the time when we’re out in the physical world. Or, being seen by some of them and having those people come right up to us and act like we’re old best friends despite the fact you’ve never seen them before.

We’re both attracting and repelling other people vibrating at rates lower, slower and more dense levels than where we currently are. Remember how you felt and reacted when your Guides and/or higher positive ET kin where near you?

Also many of these strange Ascension symptoms have to do with our brain halves being Rewired into one non-polarized, integrated, unified whole brain. There is SO much happening in our brains and brain glands (the Pineal and Pituitary glands) rapidly evolving, plus the two brain hemispheres literally being Rewired, that it’s perfectly normal to suddenly be smelling, seeing, perceiving, hearing, feeling and sensing many new and seemingly unusual anomalies. It’s okay, it is just another of those numerous unique Ascension Process side effects.

Donations can be made here and Thank you for the energy exchange.  ❤

Copyright © Denise Le Fay & TRANSITIONS, 2009. All Rights Reserved. You may copy and distribute this article so long as you don’t alter it in any way, the content remains complete, credit is given to the author and this URL https://deniselefay.wordpress.com and Copyright Notice is included.

How you like January 2021 so far?! These first weeks of 2021 have felt like a strange nonlinear lifetime. Many of you sensed in 2020 that 2021 would not magically turn into an everything’s okay now! year. This is still early Phase 2 of the Ascension Process and it is difficult living all this separation […]

First I need to lay down some disclaimers and clarifications. Normally I do not publish back-to-back articles because each article deserves some time to sit, without other distractions that pull certain people’s focus and consciousness. There’s way too much of that everywhere already. I write an article and then if it goes this way, there’s […]

The Many Non Compos Mentis

Non Compos Mentis — not of sound mind. So Many in Ascension Community Still Perceiving Everything With Duality Consciousness Like myself some of you have been aware during these ascension years that many people who present themselves online and/or physically as ascension teachers, writers, channels etc., plus large numbers of people within the ascension and conspiracy […]