It’s always amazed me how, over the past 15 years or so, I’ve not heard many people talking about how much the Sun and sunlight has and continues changing, and visibly so. I know I’m not the only person that’s noticed how very different the solar light and color is now. Maybe other people have been talking about this subject and I’ve just not encountered any of it as yet, but it seems rather strange to me that it’s not bigger news to more people.

I’ve always been extra aware of certain things and energies in this life, and as a young child I was very confused about the seasons—spring, summer, fall and winter. Seasons were alien to me, so I paid close attention to try to understand what was going on. Another thing I was very consciously aware of was the Sun and its warm golden rays. When I was 6–7 years old I’d laid out in the hot summer Sun and telepathically talk with the much revered Beings that lived in the Sun. As a young child I remembered the Sun and sunlight both within and outside of the Photon Band of Light, in a very ancient energetic way. I remembered what it looked like, its color and the color of its light rays, its energies and where it moved in the sky throughout the year were all very important to me.

For the majority of my life (prior to the start of the Ascension Process) the Sunlight was warm, nurturing and golden-yellow colored 3D solar energies. Then one day in 1995, I noticed that the Sunlight had changed dramatically and was now very silver-white in color instead of its old familiar warm golden tones. The sunlight and energies felt and looked much more stellar and higher dimensional.

I physically saw massive energies radiating off from the Sun in 1995. They looked and still do today like slowly undulating silver-white mist or fog that radiate far out from the Sun in all directions. Now here’s where this business gets interesting in my opinion. Because I’ve remembered what the Sun and sunlight looked like when it was in the higher dimensional Photon Band of Light during my past life in 12,6000 B.C. Egypt at the beginning of the astrological Age of Leo, I instantly recognized this silver-white stellar light radiating from the Sun when I first noticed it around 1995.

Another wonderful aspect of these higher Photonic Light Bands/Belts is how they help transform the toxic, man-made air pollutants, smog etc. Over the past decade I’ve many times been blown away by how beautifully pristine, pure, clean and crystal-clear the deep blue sky has become. No smog, no dust, no filth, no nothing but pure higher frequency energies, Sun/sunlight, air, and sky. These solar/stellar/cosmic/galactic energies and Photonic energies are literally transforming our physical bodies, but they’re also doing the same things to the Earth, the air, the water, the soil, the rock, everything on and in us both. When we enter these higher Photonic Bands/Belts of light energies, nothing that vibrates at a lower, heavier, more dense and polarized level can remain that way in it. It’s like being energetically scrubbed through and through, cell by cell, layer by layer, body by body until everything both in us and Earth is full of higher dimensional Light Energies…and nothing else.

A weird coinky dink that on the 12–12 portal day (December 12, 2010) the Sun would let rip three (3) big juicy CME’s (Coronal Mass Ejections)? Not hardly. They are part of the great cosmic delivery system that the 12–12 portal energies transmitted to humanity and Earth.

A preliminary analysis suggests that none of the CMEs will be geoeffective. The expanding clouds should miss our planet.

Are these CMEs related? According to images from NASA’s twin STEREO spacecraft and the Solar Dynamics Observatory, the clouds emerged from three distinct blast sites separated by great distances. In each case, a magnetic filament erupted–one near the sun’s southeastern limb (CME#1), one near the north pole (CME#2), and one on the far side of the sun (CME#3). Because all three eruptions occurred within a matter of hours, the coronagraph images suggest a single 3-lobed cloud; in fact, they are distinct CMEs.

Stay tuned for more images and movies, in preparation.”

I’ve been soooo profoundly exhausted lately that I didn’t even feel much of an energy change on 12–12! What I was very aware of on 12–12 was that all day I kept thinking it was—and I feel this is very telling and important—the first day of Spring! What that told me was that this years Dec. 12th. 12–12 download was very much like the high, pure, outward pushing and manifesting masculine start-up energies that we see and feel with the Spring Equinox. With the 12–12 portal energies, via these three solar flares or CME’s, some major positive and very high vibrating male/masculine energies were transmitted to all of us and Earth. I know that the 2010 12–12 energies are going to be followed with other connected and further manifesting energies of the Winter Solstice (2010) and the Full Moon/Lunar Eclipse on the same day at 29° Gemini, and two weeks later on Jan. 4, 2011 a  Full Moon/Solar Eclipse at 13° Capricorn (that vertical axis and energies). All of these energy events are very much interconnected to the recent 12–12 portal energies and the three solar CME’s.

People have a tendency to believe that these different energy events, astrological transits, solar and/or galactic transmissions are isolated events that don’t connect with each other. They don’t always remember to step back and take a larger, more overall view of these ongoing and numerous energy events and keep in mind/heart that each one is indeed connected to the others. They are all very much working together to pressure us into transforming and evolving into a very new and higher species.

There’s more to come of course, and even more after that, so hang tough because we’re getting our speed up enough to match what’s coming with the start of 2011, and certainly in March of 2011! Okay, gotta go take another nap and rest and hope it helps with the exhaustion, which it doesn’t seem to but I’m gonna try nonetheless. 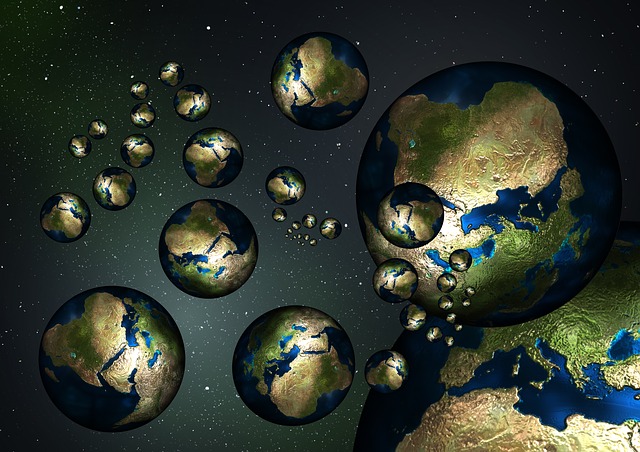 The morning of Thursday October 8, 2020, we were having discussions in the Comments area under the previous article and I mentioned the full fracturing that happened in the ascension community with the start of Phase 2 of the Ascension Process in January 2020. That however is not the focus of this article. I’m going […]