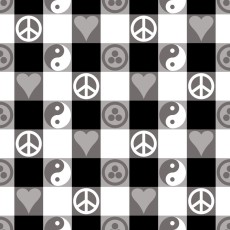 In the early AM hours of April 1, 2013 I experienced another layer of my personal Life Review. As I said in another article, the Life Review every human experienced at some point on either 12-21-12 or 12-22-12 or 12-23-12 — the Three Days — happened at a quantum level and state of being with Divine Consciousness. Immediately after this we entered these extended “Nine Months” period for us to, at lower frequency and dimensional levels and bodies, work on and experience whatever it is that each one of us still here on Earth now needs to before the end of this Nine Months extension period.

The Life Review happened in a quantum split-second for each of us at some point during the Three Days; these following Nine Months (the Three Trimesters) are us re-examining, working on, living and fulfilling our quantum Life Review but within these lower dimensions and bodies (this physical one, the higher Astral, and into fifth dimensional levels as well). We are multidimensional Beings and this is more of us becoming consciously aware of this fact and that we’re working very diligently within multiple dimensions during these Nine Months to complete what we wanted and agreed to at our quantum level Life Review during the Three Days.

In the early AM hours of April 1, 2013 I experienced another aspect or layer of my Life Review while asleep and out-of-body in a higher dimension. While there I suddenly experienced a reunion with a elder male human I’d physically known and loved dearly as a friend and fellow spiritual teacher during the late 1970s and 1980s. He physically died in the late 1980s. As was the case in what little I remembered of my original quantum level Life Review that took place in the early AM hours of 12-22-12, this old male friend and spiritual teacher reunion of April 1, 2013 was much the same. He and I were suddenly alone together and terribly happy to see each other again and we poured our hearts out to each other about how much we loved each other and how much we valued each other and so on. We thanked each other for every single thing, every single word, every single emotion the other one gave the other when we were together physically on earth. That was my Life Review with that person, Samuel. It was a great gift and real blessing for me to consciously remember that this event even took place while I was asleep earlier in the AM hours of 4-1-13.  ❤

Interestingly, when I awoke a couple of hours after this non-physical meeting with this beloved old friend, I unexpectedly and immediately collided with another memory, and this one was the exact opposite of the earlier one! As I awakened around 5:00 AM on April 1, 2013, I was assailed with the realization that it was the thirteenth anniversary of when two half-brothers moved into a rental house next door to what was my Mother’s old house. If you’ve read A Lightworker’s Mission: The Journey Through Polarity Resolution then you know that I’m referring to that house and those horrible demonically possessed and totally controlled neighbors. Thirteen years ago today on April Fools Day — how clever Team Dark could be when they wanted to — began the worst and most difficult four-year period of my entire life because those two half-brothers were deliberately moved in next-door to my Mom and I in an attempt to stop me and prevent us both from doing what we were there to do which was protect a portal that existed in that physical area from being taken over by Team Dark during that time, plus help from the physical 3D side, higher dimensional Starbeings anchor a section of the NEW higher frequency Earth Grid System in that location. For more information about this and much more read the book please and thank you.   🙂

Point is, that on April 1, 2000, those two males were intentionally moved into the house next door to us by Team Dark and one of them was the portal person or host for a female demonic entity. She controlled the other brother, their friends and other family members too, and her mission at that point was to take me out of the Ascension picture in any way she/it could and she/it nearly did… nearly. Four years of this battle and it still took us selling that house and physically moving in an attempt to stop the psychic/Astral/physical attacks by the demonic entity and that group of controlled humans. So on April 1, 2013, I wake up with the realization that it’s the thirteenth anniversary of the worst time of my life (and that’s saying something believe me) and then in pours all of those April 1, 2000 through end of June 2004 memories of the years of hell I and my Mom went through while they lived next door and before we sold that house to escape/survive both the demonic and physical attacks.

As I’m laying there in bed this morning being assailed by these horrible memories, I don’t mind telling you that I wanted revenge in the worst of ways. In the next second however, I wanted to be completely free and emotionally neutral about these past events with those people and their controller demon. In those minutes I wanted to not even have to remember what I suffered through during those four astonishing, Ascension-related Grid Worker years in that physical location. As I lay there going through these memories and emotions and wanting to be free of it all, I started to become depressed and then decided to completely surrender to what was happening to me.

A couple of hours later I was telling my Mom about my sudden realization that today is the thirteenth anniversary of one of our most treacherous Starseed jobs in these lives. While I was telling her this I suddenly remembered that hours earlier I’d had the wonderful reunion with my long-dead male friend and spiritual teacher Samuel who she also knew. I was immobilized in that moment as these two profound extremes, these two extreme memories of actual physical events I’ve lived through both came back into my full consciousness. I immediately realized that, for me, this was another layer of my Life Review that I was and still am working on. That and the glaring realization of the extremes in duality and consciousness between these two events. I saw them, felt them, and in that instant I was able to ascend into that third higher frequency point ▲ that exists beyond duality/polarity; I was granted my wish of emotional neutrality to the horrors and attacks of those four years at the hands of an Unseen demonic being that totally controlled those two half-brothers and their friends and family.

This is us working on and living through our Life Review issues during these Nine Months before the Separation of Worlds begins fully in this dimension (and others). These issues, these dreams, memories, emotions, wounds, traumas and reunions with loved ones both alive and dead are us working on our Life Review issues so we can further ascend out of old duality energies and related issues and into neutrality which is “unity” or High Heart frequency energies. These emotional and physical pains, old wounds and other such Ascension related PTSD issues we’ve still got within us must be transmuted and this is exactly what so many of us have been and will continue doing from 12-21-12 through 9-22-13. There’s more because I know I’m not done yet but I wanted to share this duality contrast Life Review work and learning I had with you so you’d have it to remind you when something similar unfolds as you work through your Life Review during the Nine Months. Keep up the great work everyone.  ❤

Copyright © Denise Le Fay and TRANSITIONS, 2013-2014. All Rights Reserved. You may copy and redistribute this material so long as you do not alter it in any way, the content remains complete, credit is given to the author and you include this copyright notice and link. https://deniselefay.wordpress.com/