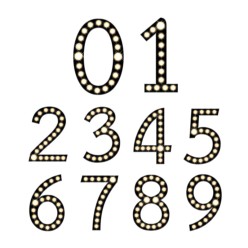 For a few months before the 11-11-11 portal I’d been sensing some partial and half-understood impressions about it multidimensionally. Months ago these 11-11-11 impressions seemed ass-backwards and mildly strange to me so I decided to wait until I was able to perceive this information a bit better before I mentioned them publicly. In all honesty, this particular information is still a bit strange sounding even to me and that should tell you something about it! But first, let’s backtrack a few years for clarity and perspective because then 2012 and 2013 will be a bit easier to perceive. As you look at the number images below, be very aware that there are THREE of them in each sequential Stair Step and this has to do with our evolving out of the TWO of lower frequency, lower consciousness 3D duality, and into the THREE of unity (triality) or High Heart consciousness and being.

The September 9, 2009 09-09-09 portal was about the ending of an intense Ascension phase with huge overtones of death and/or dying required to reach the next frequency level or Stair Step.

The October 10, 2010 10-10-10 portal was about our individually preparing to physically embody a good bit more of our Higher Selves in our current bodies, personalities, and being.

The November 11, 2011 11-11-11 portal was about our first global 5D Group Conscious C0-Creating event in the New Evolutionary Cycle of Unity because we’re free of the old Evolutionary Cycle/Mayan calendar and duality. However, as many of us unexpectedly discovered, for us to pass through the 11-11-11 Initiatic portal we first HAD to consciously be aware of, transmute and integrate ANY remaining lower frequency emotional tidbit we may still have had within ourselves first.

After continuously doing personal inner transformational Polarity Resolution work since February 1999 (the start of the Mayan calendar Eighth Wave), I assumed I had the majority of my inner junk already transmuted, and I did, except for another small past life speed-bump issue with my Mom. [See Post October 28th & 11-11-11 Adventures] To make sure I didn’t miss this particular emotional tidbit I still contained on the morning of 11-11-11, the Dark Ones personally hand delivered the message to me via activating my Mom so that she’d trigger this old issue in me so I’d feel and see it. How helpfully thorough of them. No I’m serious, the Dark Ones did me a favor with this one even though I wasn’t feelin’ the luv towards them that day at all! All I felt the morning and day of 11-11-11 was that the Dark Ones had stolen and derailed 11-11-11 for me and Mom, but because I’m stubborn and know better, I worked through that immature and incorrect lower emotional take on their actions and transmuted my past life speed-bump that the Dark Ones made sure I would not miss. They are professionals at what they do after all…  😉

To pass through the 11-11-11 Initiation portal many of us unexpectedly found ourselves depressed and/or ready to quit. I’ve never encountered any of the previous number portals having this effect on me, my Mom, or anyone else but the 11-11-11 portal did and this told me it was an extra important portal of change for us individually and as a Group in the New 5D Unity Cycle.

I know I’ve only perceived the outer edges of this complex multidimensional topic about the 11-11-11 portal, 2012, and the 12-12-12 portal, but I expect to perceive more about this topic and how it’s effecting us and other-dimensions Beings over the coming weeks and months. Please understand that everything is very different now that we’ve completed and exited the old Mayan calendar/Evolutionary Cycle. I’ve been adjusting, adapting and embodying like crazy since October 28, 2011 and it’s profoundly exhausting and at times painful to the point of having to remain in bed. I haven’t been able to write nearly as much as I always have due to the intense transmuting and embodying that’s been happening non-stop. I know many of you won’t want to hear this next bit, but, many of us Starseeds will be doing massive amounts of embodying to this degree throughout 2012. Sorry, don’t hate the messenger.

For most of 2011 I kept perceiving and clairvoyantly seeing the 11-11-11 portal as very Goddess-like in its energy. I don’t mean total Goddess but one aspect of the Goddess seemed to be intimately involved with whatever happened multidimensionally on 11-11-11. Now here’s the seemingly ass-backwards part that’s been confusing to me over the months. I kept sensing the Dark Ones connected to the 11-11-11 portal and this one aspect of the Goddess energies but in a highly positive and perfect way. After some time I’ve been able to perceive that—and this makes total sense once you get your bearings on the other side of the end of the Mayan calendar/Evolutionary Cycle—it’s also Graduation or Retirement Time for the Dark Ones and Light Ones and the missions and roles each Group has held in place (embodied) for the rest of us during the past Evolutionary Cycle in duality.

I’ve known that these other Beings—both Light and Dark and everything else—cannot evolve or change jobs or roles until WE had completed what WE in physicality needed to here. Once WE’D completed that, which we have on October 28, 2011, then all the other multidimensional players, aspects and participants can and will also transition into the next Evolutionary Cycle, whatever and wherever that is for each one of us. Until then however, we’ve all been obligated and pretty much trapped in our polarized roles and missions throughout this past Evolutionary Cycle and this includes the Dark Ones as well as the Light Ones.

Evidently the 11-11-11 portal was where many important things began for all of us, including the Beings we’ve known in the past as the Dark Ones. Throughout 2011 increasing numbers of the Dark Ones finally understood what’s happening, what’s changing and why, and slowly began relinquishing their old roles and moved on. However as is still obvious, some of the non-physical, non-human Dark Ones are still clinging, hanging on and fighting, not realizing that their mission has ended because the October 28, 2011 Expiration Date has been reached and it’s time for everyone to move on to the next Evolutionary Cycle and learning. I sense this final completion phase will unfold very quickly throughout 2012 no matter who or what resists this multidimensional Evolutionary Process.

I’ve been sensing that 2012 and the 12-12-12 portal will be for the non-physical, other dimensional Team Light players what 2011 and the 11-11-11 portal was for the non-physical, other dimensional Team Dark players. If I’m correct with what I’ve been perceiving so far about this unfolding completing/beginning, then the 12-12-12 portal of December 12, 2012 will be the cut-off date for Team Light to connect with an aspect of  God-like energies (this is the X shape multidimensional crossover symbol I’ve been seeing) and evolve into their New roles. To my awareness today, this feels like the aspects that we call “God/Goddess” are integrating their fragmented, polarized parts back into themselves and evolving into something new also. Stair Steps, always stair steps with the entire Ascension Process.

Once we complete 2012 we’ll be energetically ready to enter the new Evolutionary Cycle fully. This new unity cycle exists beyond the old system of 12 and duality. The easiest way to describe this higher system of 13 is to use the old system of 12. In it the 12 apostles represented humanity within 3D physicality and linear time, while Jesus represented the 13 and a quantum connection with Source. Once we’ve completed all the Stair Steps coming throughout 2012, then Earth/humanity enters the conjunction alignment with the Super Galactic Center’s incomprehensible energies and then we’ll begin the new cycle that’s like 13 with its conscious connection to Source and Higher Self.

Copyright © Denise Le Fay & TRANSITIONS 2011. All Rights Reserved. You may share this article so long as you don’t alter it in any way, and the content remains complete, credit is given to the author and this URL https://deniselefay.blog and Copyright Notice is included.