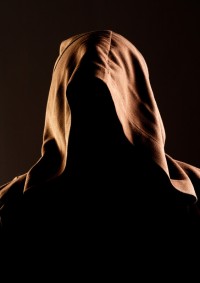 EVOLVING BEYOND THE GRAVITATIONAL PULL

When I was a young child I had an Astral Plane tutor or guide assigned to me until age 28–29 (the first Saturn Return). Unfortunately I didn’t immediately realize that’s what he was as a child, only that some strange male Being my parents couldn’t see waited each night behind my floor-length bedroom curtains for me to get out of my physical body to teach me how to consciously maneuver in the Astral plane. In the beginning he was something that scared the heck out of me each night before I got out of my physical body. However, once free of my 3D constraints this always faceless male Being in a brown hooded monks robe was my personal tutor/guide to flying safely—and with style I might add—in the 4D Astral.

For the first couple of years my transitions between awake in 3D to lucid in 4D, I needed to create a series of steps to get free of the seeming gravitational pull and density of 3D physicality even while out-of-body. For a young child these inter-dimensional steps were clever but of course they’re down-right silly and humorous now, but this is what I went through as a kid to get myself astrally airborne.

First I’d clairvoyantly see the etheric male guide standing behind my physical bedroom curtains waiting for me to leave me physical body. Next I’d feel some minor pain and/or pulling sensations in one side of my body as I exited it. I’d then immediately float up towards the ceiling and oftentimes let myself go all the way up until my nose gently touched the ceiling and float there awhile playing.

A few moments later I’d find myself outside and always during the daytime so I knew I was out-of-body and “dreaming”. This step of my transitional process always began with me in our driveway then quickly walking down to the curb and gutter area. For a couple of years this one-and-only location was my important astral launchpad area. Now here’s the funny part. Once I was in this particular area I’d squat down and then jump up as hard and high as I could and frantically begin clawing, crawling, pulling and fighting my way up to a height of about six feet above astral ground-level. It was always a great effort getting myself above this invisible astral barrier but as soon as I did I was free from some weird gravitational pull and could then easily fly in the astral plane. This would be the point where my astral tutor/guide would appear, always wearing his brown hooded monks robe with the face area blacked out so I wouldn’t attach too much to him. Talk about evolved ego-less Beings. ❤

I remember being embarrassed that I looked so foolish and had to struggle so to get myself beyond this strange invisible barrier, yet my astral tutor told me he thought I’d done well in figuring out how to get myself across that subtle energy barricade. He didn’t care what methods I created at the time to intentionally get myself from 3D physical to 4D etheric, he was just glad I could do it on my own. As I progressed I no longer needed to go through these steps to transition between 3D and 4D but this is how I did it from around age six or seven.

PREPARING FOR THE JUMP TO LIGHT-SPEED

Jump forward to 1977, I believe it was when the first Star Wars movie opened in theaters. I went with a boyfriend and watched it for the first time in a packed theater. There were so many scenes in it that were instantly and deeply familiar to me as a Starseed; scenes like flying quickly and closely past huge planets and crossing vast amounts of deep-space in a split-second. But there was one scene that moved me in a very different way and I sensed it was a symbol for something else. What that something else was I didn’t fully know or remember in 1977, but I certainly do now and my Higher Self uses it often to drive the point home and for me to share that knowledge here.

My Higher Self has repeatedly shown me this one scene from Star Wars where the small positive Group—the elder Jedi Master, his neophyte student, plus the crew—is in the Millennium Falcon spaceship trying to outrun a Group from the “Dark Side of the Force”. As the Dark Group gets way too close for comfort, at the very last second the jump to Light-speed device finally works and the stars stretch out and pull long in front of the Light Group in the Millennium Falcon as they make the transition to Light-speed and escape the determined evil on their tails.

My Higher Self has been using some of my past experiences to show me—in typical symbolic visual imagery—that Phase One of the Ascension Process (January 1999 through the end of 2009) was much like my needing to squat down and then jump as hard and high as I could to get myself free of the dense gravitational pull of polarized 3D. It was for me and many of the other First Wave Starseed Lightworkers the profoundly difficult phase of offloading—aka transmuting and integrating—what felt like tons of crushing dense personal and collective negative Dark Side of the Force 3D physical earth and 4D etheric astral trash.

Now in Phase Two of the Ascension Process (January 2010 through October 28, 2011), some of us have been repeatedly tweaking the “hyper-drive” systems within ourselves so we can make the jump to Light-speed—the transition of all transitions—which is rapidly approaching now as the remaining minutes of the Mayan calendar countdown to the very real Expiration Date. As we make these last-minute adjustments and adaptations to our inner hyper-drive systems during the weeks and months of 2011, our doing so naturally Creates a Way and Pathway for any and all humans that honestly desire to live in the unified Light instead of the polarized Dark to make the last-minute transitional jump to Light-speed this year too.

In really simplified terms, Phase One of the Ascension Process began when we (and by we I mean the First Wave Starseed Lightworkers) entered the Mayan calendar’s Eighth Wave on January 5, 1999, and began the intense Physical Plane biological transmuting and polarity integrating of our bodies and brains phase—the dirty, difficult, and dangerous polarity resolution phase.

Phase Two of the Ascension Process fully activated when we entered the most compressed and accelerated Ninth Wave phase on March 9, 2011. This completion phase of the Ascension Process has accelerated each week and month since March 9, 2011. However, from the June 21, 2011 summer Solstice until the Expiration Date—the end of the Mayan calendar on Oct. 28, 2011—this five month-long acceleration period and process will additionally accelerate each hour, each day, each week and month! The planet and every human on it who truly desires the Light over the Dark are increasingly offloading to get up-to-speed energetically to make the last transitional jump to Light-speed. We’ll then transition through the powerful trinity 11-11-11 portal on Nov. 11, 2011 and full separation from the old lower polarized 3D world, reality, dimension, people and Dark Ones will be complete.

Think of the remaining compressed days of this five month-long period from the 2011 summer Solstice through to the end of the Mayan calendar as vibrationally spinning faster and higher internally/externally via Light each day; everything and everyone that’s still dense and polarized simply is not capable of hanging on to anything or anyone else in this incredibly accelerated pre-launch spin cycle! They’re not willing to change now and are literally spun-off and away from those that are. Both Groups will have matching like-frequency worlds in like-frequency dimensions and locations to continue learning and evolving in. The great Expiration Date that the Mayan calendar represents means very different things to both Groups; to many it IS the horrible “End Times” because their parasitic free-ride/lunch is over. To others it is the start of living in peace, abundance, unity High Heart and being free in a world of Light for all for the first time in a very, very long time.

Copyright © Denise Le Fay & TRANSITIONS 2011. All Rights Reserved. You may share this article so long as you do not alter it in any way, the content remains complete, credit is given to the author and this URL https://deniselefay.blog and Copyright Notice is included.

32 thoughts on “Messages from my Higher Self”