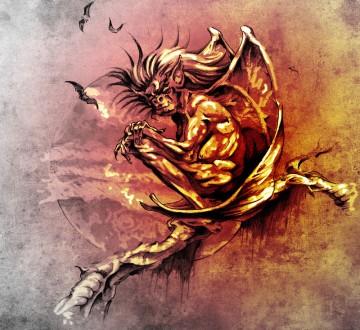 [NOTE: This is another article that not everyone reading it will relate to or relate to now. Please keep that in mind as you read it and don’t automatically assume that you’ll experience identical types of psychic attacks and/or energy siphoning. We’ve reached the year however (the numerous 11 portals throughout 2011) where we all need to learn to permanently stop the Dark Beings from draining us energetically; to protect ourselves when the Dark Ones use other humans to emotionally trigger etheric openings in us to make us sick and/or weaken us, sidetrack or slow us down or stop us altogether; to protect our beloved pets from negative psychic attacks/wounding/murder  strictly to trigger and open us for the same reasons. Anything the Dark Ones can do now to stop, slow down, sidetrack, make sick, wound and weaken us physically, emotionally, mentally and etherically, they are very intently doing. No fear, just time for more of us to take greater responsibility and awareness of our multidimensional natures, power, consciousness, energy bodies and energies.]

1-1-11 came in with an exciting rush of new pushing energies. For me and mine this was immediately followed by another round of  psychic attacks by negative Beings—the Dark Ones/Team Dark. The short few days between 1-1-11 and 1-10-11, my cat and Mom and I have been battling more psychic attacks by the same negative beings and their etheric tools that both attack, damage, and drain energies from both humans and our pets. The tsunami-like energy portal that 1-11-11 (Jan. 11-11) was greatly reduce these attacks, but it returned the next day to try to divide and conquer and continue feeding off me and mine. Obviously I personally have more things I need to learn and do immediately (which I am) to finally end these negative attacks and siphoning of my energies. I sense I and many of you are and will be doing—among other things—exactly this throughout 2011.

I began smelling strong burning incense smoke and/or smokey smells like from chimneys in late 2008. It was (and still is today) so strong that I believed it was actual physical odors I was smelling, but after walking through the neighborhood a couple of times in early 2009, searching for the bastard with the dirty chimney that was choking me every night, I discovered it was not a physical odor I was smelling at all. This meant I had to try to discover why I was even smelling it.

Eventually I began paying attention to when I would smell this nearly choking smokey smell and sensed it was directly connected to the Rewiring of my brain hemispheres. Once we were in 2010, I was certain that smelling this strong smokey odor was indeed a type of temporary side-effect from the ongoing brain Rewiring process. By the summer of 2010, the brain Rewiring process had reached the point where we were integrating the inner male/female energies within ourselves, and coupled with this was the Pineal and Pituitary glands being merged or Rewired in a new higher way too. The summer and fall months of 2010 were intense with potent energy activities completing inside our brains and brain glands. The why of this was so we could evolve/ascend out of our old lower polarized brains, consciousness and energies into whole-brained beings that can house, perceive, and use higher frequency unified consciousness and energies.

INCREASED ATTACKS & ENERGY DRAINING BY THE DARK ONES

So what happened almost immediately after this phase? With the start of Oct. 2010, I and many of you suddenly got hammered by negative etheric attacks, powerful and deliberate interference, plus some had lucid dream attacks and grand threats by a handful of the Dark Ones themselves. Again, the why is what’s really important with all this because it helps us connect more multidimensional ascension dots to better understand what we’re currently living and working through.

Yippee right? Well yeah until I realized that, as usual, there were going to be drastic backlash events and increased counter measures taken by the Dark Ones because many of us had begun the process of evolving/ascending out of the Dark One’s polarized frequency range now that our brains have been Rewired and can house, run and exist within higher Unity energies, consciousness and reality.

What I’ve realized between Jan. 1–10, 2011 is, like an automatic response to our Starseeds/Lightworkers/Wayshowers recent vibrational shift during the fall months of 2010, the Dark Ones instantly felt us change energetically into a frequency of increasing Unity Consciousness and being. The more we evolve/ascend and become increasingly aware multidimensionally and the more we take greater responsibility for all of our multidimensional energy bodies, the more the Dark Ones are freaking out and lashing out at us for the obvious reasons. The second we began to make this transition in October and November 2010, these negative nonphysical beings shifted into increased High Alert to try to stop the Forerunners/Starseeds/Lightworkers/Wayshowers in any way they can. They absolutely want to prevent us from doing what we’re here now to do doing for humanity/Earth. Is it any wonder why the Forerunners/Starseeds/Lightworkers/Wayshowers are always the first to be attacked by them?

WHAT ARE THE FORERUNNERS/STARSEEDS/WAYSHOWERS DOING NOW AND THROUGHOUT 2011?

The same things we’ve always done! We embody, live, anchor and manifest higher cosmic Light energies into this new reality for humanity/Earth and everything else right in and through our bodies, hearts and beings. Nothing’s changed, it’s business as usual for us. What has changed is what we’re working on now; us using our bodies/brains/hearts/beings to live, be, exist within, manifest and anchor Unity or High Heart Consciousness into the New 5D Earth’s new and much more complex 5D Grid system.

Every one of this year’s 11 portals will be assisting us doing this Unity infusion Grid Work throughout 2011. I suspect that by Nov. 11. 2011—the triple 11-11-11 portal, we’ll have completed energetically programming, infusing and fueling the new 5D Earth Grid system through our  integrated, unified, High Heart Consciousness and bodies with 5D Unity energy/consciousness. 2011 is us Lightworkers/Starseeds/Wayshowers and some Indigos Consciously Creating and Co-Creating through our bodies, hearts and beings what’s going to fuel our new planetary Grid system. Guess whose going to do their best to stop us, slow us down, sidetrack us, beat us down in any way they can, drain and exhausted or make us sick so we can’t do it? You guessed it…the Dark Ones.

I remember reading Lauren Gorgo’s information saying that living the Ascension Process often uses 70–80% of our vital life force, which I know is true! There were repeated phases for over a decade when my body didn’t have enough vital life force to even digest food because it was being utilized to transmute dense lower frequency duality energies. Obviously that often leaves us with as little as 20–30% to work/live with, and, we typically have Team Dark siphoning from that little bit too. No wonder we’re profoundly exhausted much of the time! So, what do we do to protect ourselves from them draining us into a pile of exhausted, weeping, half-dead mush so we miss some of the numerous 11 portals throughout 2011? Remember Lisa Renee’s November 2010, ‘The Restoration’ article and it’s Command?

This restoration period of our multidimensional bodies bits and pieces and removal of energy siphons that the Dark Ones have used to feed/fuel themselves and their agendas is unfolding now and during all of 2011. This is another reason they’re so focused on us Lightworkers/Starseeds/Wayshowers/Indigos now. We’ve got to be consciously aware that we’ve still got some Multi-D energy siphons here and there and we’ve got to consciously work on ending this long-standing inter-dimensional energy-bleed-feed Team Dark have always done to Lightworkers/Starseeds/Wayshowers and mass humanity. I know how exhausted we all are at this point within The Process, but we’ve got to do this current Lightwork for ourselves and everyone else and finally end the Dark Ones endlessly stealing free cable TV, electricity, and water from us and humanity to fuel them and their agendas.

I’m so physically sick now and I do NOT get “sick” or catch the flu, colds, viruses etc. What happens to me is I get worn down by multiple attacks from the Dark Ones and their energy siphons that I’ve still got in probably two of my Energy Bodies and am working on removing now, them attacking and traumatizing my cat and making him wounded and twitchy, them attacking and using other humans in my life to trigger specific lower emotional reactions within me so I become more weakened and open psychically and so on. I know all this yet still don’t always catch myself in time to prevent getting manipulated emotionally/energetically so I become more weakened (in this case physically sick) and waylaid. It’s time to get seriously serious and take my/our stolen vital life force energies back and end these lowly negative attacks and parasitic maneuvers by Team Dark.

I’ve got to go rest and heal and get my energies up again. You be careful out there too and watch out for these types of negative manipulations by Team Dark and protect yourself, home, property, and your pets daily/nightly until we don’t need to do any of this anymore.

Copyright © Denise Le Fay & TRANSITIONS, 2011. All Rights Reserved. Permission is NOT given to use this material in any custom videos. You may copy and redistribute this material so long as you do not alter it in any way, the content remains complete, credit is given to the author and this URL https://deniselefay.wordpress.com and Copyright Notice is included.

29 thoughts on “Brain Rewiring & Attacks from the Dark Ones”

Throughout Phase 1 of the Ascension Process—1998–1999 thru end of December 2019—we had to leave behind most if not all of our family members, adult children, friends, husband/wife/mate in many cases, basically everyone and everything to live and embody the Phase 1 Ascension Process as Volunteer First Everythingers. With the start of Phase 2 of […]

In my May 21, 2020 article Flashing Lights In Your Eye I shared an experience I had during the day on May 19th. One ET being quickly etherically passed through my living room to deliver a specific energy upgrade. Immediately after that I experienced about 25 minutes of painless visual flashing of what looked like […]

Typically eclipses are energy points where some people and things suddenly exit. They quickly die, leave and abruptly disappear from the world reality they were previously a part of. This has always been a common aspect of Solar and Lunar eclipses and not something specific to the current Universal Ascension Process. However, the present Ascension […]