ARE YOU AWARE OF HOW MANY SUPPOSED POSITIVE ET GROUPS TALK/CHANNEL TO US AS IF WE ARE NOT LIVING THE ASCENSION PROCESS?!

This is a continuation of my last post, Cusp Of Ages, Beliefs, & Consciousness (Aug. 30, 2010). I’m writing about this now because I’ve been receiving some Comments and emails that deal with the subject of ETs and our being “saved” or “rescued” by them, and the “UFO disclosure” business. This is another topic that I feel is in great need of being openly talked about for multiple reasons. I do not mean to offend anyone, only present what I know to date and the glaring discrepancies and distortions that seem to be increasing this summer.

YOU KNOW WHO THEY ARE

There are many well-known people who’ve written books, done many video interviews, given lectures, plus channel about certain ET groups that are standing-by ever-ready to aid us, rescue us, save us, give us knowledge and some of their vastly higher technologies. I’m not going to name any names but most of you reading this will have at least one or two people immediately come to mind.

The few times I’ve read certain channeled articles at websites, blogs, or books, watched video interviews of someone claiming certain higher dimensional ET groups are informing them that they will come and rescue and save humanity, lift humanity off the Earth while all hell breaks loose down here because—evidently—some of them see us as victims that are not living the ascension/evolutionary process!

Just how dis-empowered do these supposed “positive higher ETs” think all of us down here on Earth are? Based on what they’re saying year after year through their human mouthpieces, obviously profoundly unaware, gullible, weak, helpless and still deeply entangled within the old Piscean Age “savior” and needing to be “saved” dis-empowerment negativity. Sounds to me like some of these supposed positive ETs are trying to support the lower negative traits of dis-empowerment. The important thing with all this is why.

I find it interesting and telling how many of these so-called positive ETs have either forgotten or are unaware of who the majority of us reincarnated Lightworkers/Starseeds/Wanderers/Wayshowers are down here on Earth! Don’t you find that troubling and disturbing or, if nothing else, just confusing? Personally I smell heaping piles of BS and outright negativity and do not believe that they’ve forgotten or are unaware at all, but that’s just me and my ancient First Wave Elder Warrior Lightworker sense about these particular humans and certain aspects of what’s being told/sold to them and then on to us by these particular “ETs”, which I don’t believe is who they are at all. So, let’s get real shall we? 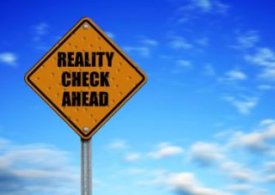 If what some of these self-proclaimed “positive ETs” are claiming and channeling to and through their physical humans is true, then why is the entire Ascension Process and Dimensional Shift even happening now? Why would humanity need these particular ETs advanced technologies, help, rescuing, saving, removal from Earth for a period? It doesn’t make sense and it doesn’t match up with real current reality and what has, is, and will continue happening on Earth and to humanity because of the ascension/compressed evolution and all the Service Work Wayshowers/Lightworkers/Starseeds etc. have done for decades and lifetimes already.

I don’t care who they are, when a human or non-physical being/ET or whatever wants me to believe that I need rescuing and saving, then every fiber of my Elder Warrior Wayshower Lightworker Starseed being informs me that something is very wrong. And because I spent the majority of my life in direct and nearly constant telepathic, clairvoyant, etheric, multidimensional, and occasional physical contact with some different dimensional ETs/Starbeings, I’m well aware of how they work, how they communicate, what they do and do not do and why. The primary thing real higher non-physical, positive ET/Starbeings beings would and will NEVER do is rescue or save us or interfere in any way with our spiritual growth and learning, our creativity and Free Will, especially with the current Ascension process happening!  Never. Period.

Beings who are ready to jump in and “aid” us are not always who they claim to be, or are very immature and unaware lower ETs. But, even giving them that, because this ascension process is so mammoth, so reality altering, so far-reaching in its effects across the multiverse, I seriously doubt that any ET group anywhere in the vicinity would be allowed to screw-up what is already happening to humanity and all life on Earth via the Ascension or compressed evolutionary process and the work of the Lightworker/Starseeds/Wayshowers.

If a planet and its species was in the process of ascending and consciously able to hold their multidimensional awareness, their quantum-ness and function within multiple dimensions simultaneously, plus were consciously reconnecting with their own Higher Selves and have vibrationally, energetically transmuted and ascended from a polarized, fragmented, ego-based consciousness and world—why would they need saving, rescuing, help or advanced technologies from some ET group or groups? Why would this be an issue now when we Lightworkers, Starseeds, Wanderers, Wayshowers—and much of humanity—is evolving and will be able to perceive and create higher things on our own? Why would beings who claim to be “positive ETs” be offering to rescue certain humans or help them by giving them advanced technologies?

When anyone on-planet or off informs me that I need rescuing and saving my first thought is not “Oh goody-goody, thank god because after living the Ascension Process and Dimensional Shift, I’m still completely dis-empowered and need an external someone/something to rescue my ass, continue defining reality for me, and telling me exactly what to do, when, and where!”

These types of lower manipulations, distortions and flat-out lies are only trying to suppress us and our spiritual growth, learning, creativity and self empowerment, while totally ignoring and disrespecting the entire species and planetary Ascension process! “Positive ETs” do not function this way, so when someone channels or tells us that the positive ETs they’re in contact with are saying plenty of things that do not reflect the very real ascension/compressed evolutionary process, AND the fact that Starseeds/Lightworkers/Wayshowers have been incarnate on Earth to anchor the ascension process from physical bodies and lives on Earth, then you should have red warning flags popping up all over in your awareness. What real positive ET being/beings would not know about Starseeds/Lightworkers/Wayshowers and why we’re here now and the entire Ascension process and dimensional shift?

Another aspect of this that I want to cover while I’m no doubt insulting certain people left and right…is the whole business of “UFO disclosure”. Breath now okay and just relax. It’s better than it’s going to sound at the beginning.

I know that this too is another aspect of those ascension, consciousness and energy stair steps I’ve mentioned before, but I would like some of you reading this to remember that many of us have been on these stair steps for longer than you have. Not better than or less than…just been at it longer and consciously aware of that fact.

Like with the “positive ETs” coming to rescue or save us, this business about UFOs and hoping, waiting and expecting the government to finally admit and disclose that they’ve known for decades about ETs, UFOs and other related things is, in my opinion, once again letting the “power” remain outside of yourself. That of course is exactly what the human and negative non-physicals want all of us to continue doing for the obvious reasons.

What I know is coming and soon however is the polar opposite of this planted story and spreading hope and belief about the governments finally disclosing their knowledge about UFOs/ETs. Let me add here that if they do “disclose” anything about this topic, it is carefully planned and distorted information to distract and further dis-empower. You’d better know that they know that humanity and Earth is in the Ascension process and that eventually we will evolve vibrationally, energetically and consciously enough to be able to perceive and interact DIRECTLY ourselves with certain real positive higher dimensional ETs/Starbeings.

To distract many people from having this happen to them via the ascension/evolutionary process, they roll out this promise, this big distraction of “UFO disclosure” which gets a lot of males all hot n’ bothered! Whereas we Lightworkers/Starseeds/Wayshowers are letting people know that through the ascension and dimensional shift process you and I and many people will return to a high enough frequency (the fifth dimension) where many (but not all) of the ETs/Starbeings naturally live or exist and have all along…and we’ll be able to directly communicate with them and they with us.

As always the choice is yours. If you want to stay focused on, dependent,  and connected energetically to the lower frequency external government to learn about UFOs/ETs (or anything else), then that is coming. If you want to evolve/ascend enough to where you will exist within 5D, which means you will have greatly increased abilities and consciousness and be able to perceive and communicate with many ETs/Starbeings directly and on your own, then that too is available via the species and planetary ascension  process and your choice as well.

Do you see that all of these things comes back to which reality, which frequency, which world do you want to focus on and exist within? Do you honestly want to be empowered and responsible yourself, or, do you still want someone or something external be the source that defines reality to you? Do you want to experience directly and firsthand? Or do you want to  continue experiencing indirectly through another human or ET being/beings secondhand so you don’t have to be responsible and develop discernment and be self empowered? These are the real current spiritual and new Age realities that ascension demands of all who enter it. This is spiritual grow-up time where we become individually empowered  (ascended Leo/Sun) and multidimensionally aware and can function in them simultaneously and interact with the many other non-physical beings in them (ascended Aquarius/Uranus).

The other option is to continue being dependent upon external other humans and non-physical beings to control your very reality and consciousness.  To me there’s only the high road but each of us has to make this choice for ourselves…and continue making it.

Copyright © Denise Le Fay & TRANSITIONS, 2010. All Rights Reserved. You may copy and redistribute this material so long as you do not alter it in any way, the content remains complete, credit is given to the author and you include this copyright notice and link https://deniselefay.wordpress.com/

The December 2020 winter quarter (here in the northern hemisphere) to the spring March 2021 Equinox was unusual in comparison to previous winter quarters. For some the just completed 2021 winter quarter was tightrope walking on a razor’s edge across cosmic distances and radically different frequencies with no safety net and stiff winds blowing constantly. […]

How Long Are You Going To Self-Doubt & Play Disempowered?

BE AWARE OF THE PERMANENT CHANGE TO MY COPYRIGHT. Copyright © Denise Le Fay & HighHeartLife, 2021. All rights reserved. Use and/or duplication of my articles and other materials is strictly prohibited. Only links to my articles are allowed.  Recently I clicked on a link which led me to another link where I watched a short video […]