This is something I’ve avoided talking about simply because it’s yet another ascension symptom that isn’t very pleasant or attractive. Which ones are right? It is hair loss, hair thinning and of course not everyone will experience it.

I’ve always had plentiful, healthy, strong hair so when mine suddenly started falling out by the bucketfuls in fall of 2008, I was mortified. Everything that was happening energetically and emotionally back in late 2008, had everything to do with my first ever bout of hair falling out. It continued through the 2008 winter solstice, and then into the winter months of 2009. By spring of 2009, thankfully it seemed to slow down considerably. The rest of 2009, I could tell I was still having some hair loss but nothing as severe as the fall and winter months of 2008 into 2009.

What really brought this hair falling out business home in a horrifying way was that the same cycle began again with the start of fall 2009. Again, I was mortified and worried this might become so bad I would have to buy a wig. It was horrible and my vanity was seriously rattled. I had no idea how much of our physical identities and sense of self is related to our hair.

When this same sudden hair loss started up again exactly a year later, my first thought was that this must be astrological transits (for me personally I mean). That could be an aspect of this for me, but, when I reviewed what had happened during the fall and winter months of both 2008 and 2009, I got the larger perspective I needed and it was energy and ascension related, not strictly astrological.

Think back to what was going on energetically in the fall months of 2008. It was an extremely potent period for many of us who had intentionally remained below in lower vibrating, much more dark and dense energies for the sole purpose of trying to get any last-minute stragglers on the ascension train heading out-of-town. I had been living through this for many years prior, but by 2005, it was becoming increasingly physically, energetically, psychically, emotionally and in every other way painful being in any lower vibrating location, including many “spiritual” forums. There were a lot of people out there who felt it was their duty to attack and discredit anyone who said anything about the Ascension Process at so-called spiritual forums. It was a case of those of us who were actually living the Ascension Process being repeatedly attacked by many who were not. It was a typical 3D lower polarized situation and was really miserable considering I and others living the evolutionary Ascension Process first only wanted to freely share information about it with other people. We weren’t preaching or selling we were simply talking and sharing information about the ongoing Ascension Process based on our own personal experiences. But that’s way too much for a lot of unaware people.

If you remember, by the time the fall of 2008 arrived, the energetic pressure of my (and many of you) having to stay down in those lower, slower more dense levels and locations (including online forums etc.) within the old lower world was nearly killing many of us. It was miserable but after a few years it became literally unbearable to stay behind trying to help others via information and link sharing about the Ascension Process and the coming evolutionary dimensional shift out of 3D. The energetic and consciousness gap between these two vibrating groups of people became so huge it could not continue, and so by November and December 2008, we were energetically released from remaining down in that lower vibrating darkness and painful, often attacking insanity any longer. We energetically blasted our way back up to the surface and breathed in fresh air after nearly drowning down there. We were done with that aspect of trying to help other people existing at much lower frequency levels and waiting for them to make a choice. We were finally free to return to a matching vibrational energy level for us, and my gawd did it feel good!

As soon as this happened and I shot back up into a matching energy level in November 2008, that was when my hair started falling out. The next important ascension/energy transition happened with the mega energy changes and shift  shortly after ‘My Lightworker Strike’ published July 28, 2009.  A huge group of us were—once again—profoundly done with waiting and holding open the Exit Door for any of the last-minute stragglers who hadn’t committed to getting on the ascension train at that point. We could not and would not wait any longer because it was causing us tremendous continued pain and suffering to do so. Then the triple 9’s of September 9, 2009 arrived, and just like in late fall of 2008, we were finally released, but this time we fully split-off from the old lower 3D world energetically. The Separation of Worlds was in effect and we spent the rest of the fall months and 2009 winter solstice adapting to those new and higher vibrating energies hitting us, our bodies and anything else within us that was now vibrating slightly lower than our new higher frequency locations.

The fact that my hair fell out during both of these huge and highly important energy related ascension transitions makes sense really. Lauren Gorgo recently wrote in her article, ‘2010: The Year of Truth in Action’, about this.

“I was told by a starbeing once that ascension uses up to 70% of our vital life force at times…explains all that couch surfing for a decade…but here, at the end of the journey, it feels more like 94% because we just have absolutely nothing left to give.”

I know this is true because I’ve gone through many years where my physical body didn’t have enough energy, enough vital life-force to even digest FOOD. As a Forerunner, all my life-force was going into the seemingly endless Ascension Process, transmuting of both personal and collective earthly and other dimensional lower frequency density, darkness duality issues and residual negative emotional energies on earth throughout time. There was little to no energy left for such things as energetically digesting food or maintaining a full head of hair!

I know that both of these huge energy transitions we went through in fall of 2008 and fall of 2009 has been very hard on us and our bodies and everything else. It’s not much of a stretch that some of us would have large amounts of our hair falling out, thinning because of it all. But I can see already here in early February 2010, that some of my hair is re-growing finally. Now that we’re in 2010, many of the Phase One Forerunner ascension symptoms are slowly disappearing after a decade-plus of profound intensity and misery. There are new Phase Two ascension symptoms we’re having to deal with now, but so far they’re nothing as intense and shattering as the majority of Phase One ascension symptoms were. I do have hope that once I reach the great Expiration  Date of winter solstice 2012, I won’t do so as a 60-year-old, overweight and half-bald Earth Angel! But who knows? Nope, our DNA is going to do astonishing things during 2010, 2011 and 2012 and well beyond. ❤

Copyright © Denise Le Fay & TRANSITIONS, 2010. All rights reserved. You may share this article so long as you don’t alter it in any way, the content remains complete, credit is given to the author(s) and this URL https://deniselefay.blog and Copyright Notice is included.

26 thoughts on “Hair Falling Out & Ascension” 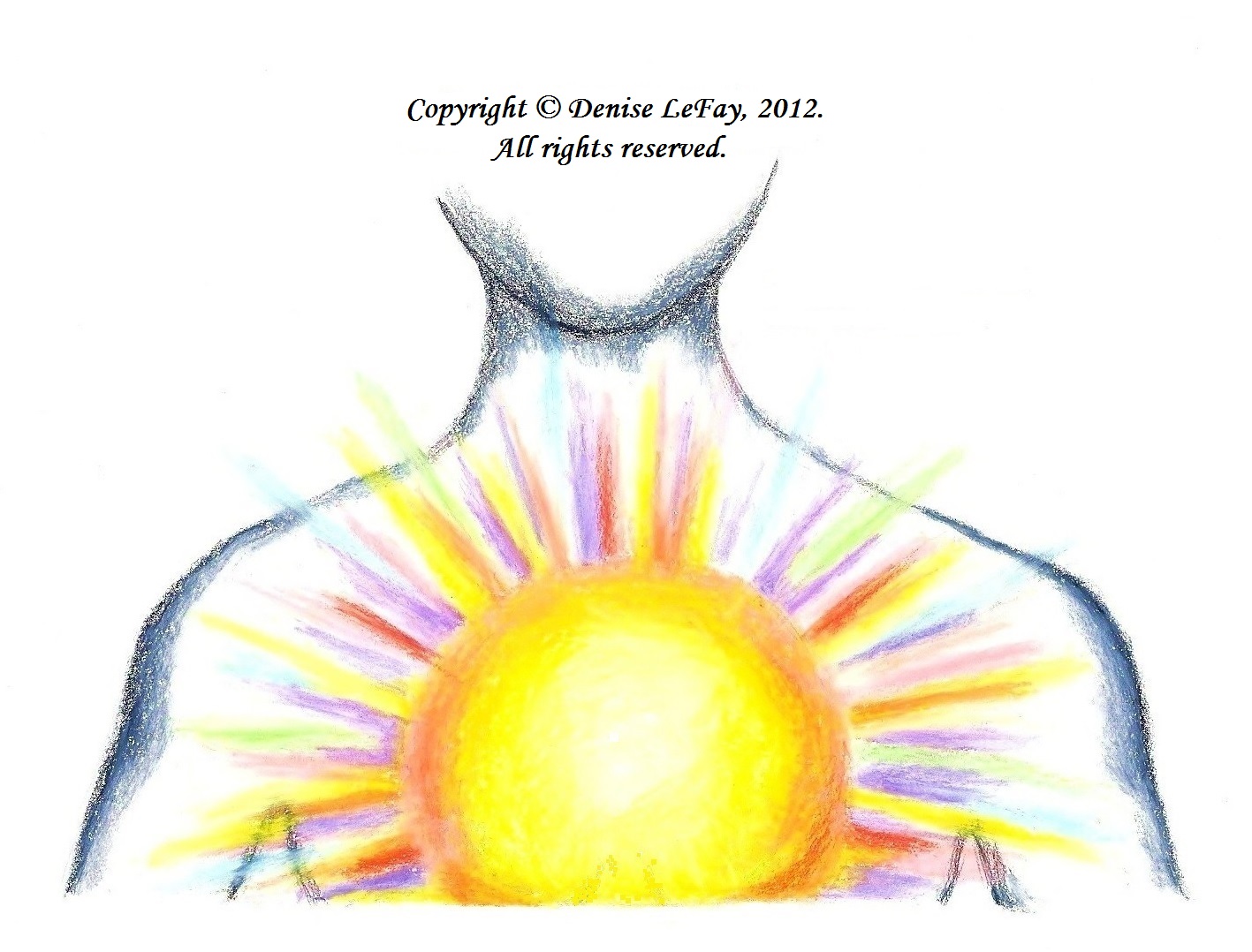 The Light Frequencies You Have Embodied Are THE Key

I hope you know me well enough by now to know that when I go quiet it’s because I’m having a rough time embodying the latest NEW energies and simultaneous outgoing old ones and all that went with them. Such has been the case since November 2021, December 2021 was much more energetically intense and […]

A quick note to wish everyone the best ever December 2021 Solstice, plus let you know I’m still here, sort of. It has been something else since about 12-12-2021 give or take, and at times since then I’ve been acutely aware I’ve been elsewhere for a longer than usual stretch of linear time than I’m used to. That […]

During Phase 1 of the Ascension Process — approximately 1998 through the end of 2019 — most people living it first experienced years or decades of severe Inner Body Heat from Kundalini Fire “hot flashes” (regardless of age or sex) burning away lower density energies, emotions, thoughts, wounds, traumas, beliefs etc. within them. We each had our […]