My first memories of being clairaudient were at age 3 when two positive beautiful ET beings telepathically talked with me about my current physical parents. If that statement sounded weird to some of you then the next one should make you ponder. At age 3 I instantly recognized the two of them as they came floating in through the living-room wall and hung there in the air, telepathically talking with me. They were just a couple of dear old friends from Home to me at age 3. (It was 1954 when I was 3 years old just for some perspective. The two of them looked somewhat like those two young male ET beings in the 1985 movie Cocoon—except my blond ET was clean-shaven, and they were far more ethereal, attractive, and light-filled of course.) 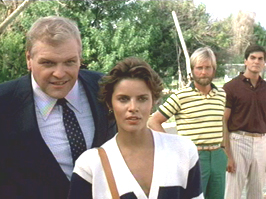 I first remember hearing unknown voices inside my head when I was riding my bike to 3rd grade at age 8 or 9. It would get really strong while I was riding my bike to school alone, focused, and breathing hard. Evidently that combination were the right ingredients for me at that time to open into my clairaudient ability. Problem was, as it usually is for all children, I and my parents back then (1958-ish) didn’t know that was what I was experiencing. One day it just became too much for me, so halfway to school, I turned my bike around and headed back  home. The fear that my mom would most likely get angry with me for not going to school was outweighed by those damned voices talking endlessly inside my head! I’d risk getting in trouble with mom, but I couldn’t take those strangers voices any longer.

Another time that stands out in my memory about my being clairauident was at about age 10. We’d all been eating dinner when I couldn’t take the one male and one female voices talking non-stop in my head. I asked to go lay down and rest on the couch in another room. As I was laying there I could easily hear my mom, dad, and younger sister still at the dinner table talking. At the same time however, I could also clairaudiently hear the two strangers still talking inside my head. I couldn’t understand every word they were saying because it was mostly muffled, but I could make out every few words.

As I lay there listening to the physical talking my family was doing, I compared it to the other voices I was hearing in my head. Suddenly I began to understand what I was hearing; I began to understand in that moment that I was hearing, on top of the physical, some other people talking elsewhere and that it didn’t mean they were doing  it right at that moment. It was an important childhood “Aha” moment for me. I didn’t fully understand, but I was beginning to and that made those damned voices in my head more tolerable as a child and teen.

Years later as a young adult I encountered another layer to this weird clairauident business. Every time I’d turn on the vacuum, the garbage disposal, the lawnmower etc., I’d suddenly clairaudiently hear other voices talking. The loud physical noise of the vacuum, disposal and/or lawnmower seemed to instantly trigger clairauident hearing. Above the physical noise were other non-physical voices and strange otherworldly sounds. It was pretty funny watching me vacuum back then because I’d be really jumpy and would repeatedly look all around because it sounded as if the house was full of strangers all talking at the same time! Eventually I adapted to this ability and it became just another of many weird things I’ve gotten used to over the years and decades.

A few years after this I was (recently) watching a great paranormal TV show on A&E called Paranormal State and saw Ryan Buell using some new device. It was primarily headphones playing only white noise. His eyes were also covered so he couldn’t physically see anything. I’ve often said over the decades that, as a psychic Seer, if I want to psychically SEE more, I close my physical eyes to block out physical vision. It made perfect sense to me that that device (headphones blocking out physical sounds but playing white noise and physical vision blocked) would much more easily and quickly allow the listener to Hear and See as most psychics, seers, clairvoyants and clairaudients do. Or, simply turn the vacuum or lawnmower on!

Copyright © Denise Le Fay 2009. All Rights Reserved. You may copy and redistribute this material so long as you do not alter it in any way and the content remains complete, credit is given to the author, and you include this copyright notice and live link. https://deniselefay.wordpress.com/

Flashing Lights In Your Eye

I’ve experienced this a few times over the past few years and haven’t spoken about it because I wasn’t absolutely sure of what it was at those times. And to complicate matters, I’ve experienced something similar but it was negative and I did write about it at TRANSITIONS in 2016.   https://deniselefay.blog/2016/03/15/negative-etheric-barricades/ “I have been having […]

Wasn’t Joking About 2020 Being the Start of PHASE 2

♦ Content is energetically imbued with rainbow colored ice cream sprinkles to both assist plus repel lowly traits.  Phase 2 of the Ascension Process. They’re just words, intellectual terms, just mental speculations and possible near future considerations until one finds ones self suddenly physically living them. Such as been the case on most all fronts […]