Most of my life I’ve clairvoyantly seen and telepathically communicated with a number of different ETs/Starbeings. This means I’ve seen them as non-physical etheric beings and also Lightbeings. On the other hand, I’ve also seen with normal physical vision what appeared to me and another person with me at the time, solid dense physical humans that vanished or winked out like many UFO sightings often do right in front of us. I and another person have also seen what I call posing by certain seemingly normal, physical looking humans that feel very much like they’re something other than just physical humans—and they are. I’ve also physically seen Lightbeings as opposed to clairvoyantly seeing them. [See A Lightworker’s Mission]

There are numerous different hierarchies of higher dimensional ET beings. There is not simply polarized black/white human mentality of physical humans on Earth and then off-planet ETs period. Reality is vastly more interesting and complex than that. There is a hierarchy of non-physical and stellar other dimensional beings, just as there are with physical humans on physical Earth. Absolutely everyone on Earth is NOT spiritually evolved and focused on the same level at the same time and neither are the non-physical, non-human ETs and higher dimensional beings. Some of these unique non-physical beings are like teenagers developmentally, whereas many others are Elders or like great, great, great grandparents. There are hierarchies of development both on Earth, and off, just like learning grades in school. The entire Earth population and multi-verse population is not all in say, the 6th grade.

Because I’ve seen some of them shape-shift, wink out, and radiate pastel colored hair-fine lines of brilliant sparkling light, I’d guess they can appear as whatever they want or need at any given moment. Just because I’ve seen what I have does NOT mean it is the only form these beings use. These descriptions are only what I’ve seen to date and like I said, in some cases so did the other person with me at the time of the encounters but I know they will often appear to us (just as Angelic beings and Others do) in whatever form will impact and help us the most at that particular moment. They are great wondrous beings, as we are, and some of them are our kin, our off-planet higher dimensional relatives and much-loved friends and guides and most importantly, some of them are US at higher levels, dimensions, and stages of growth and focus. 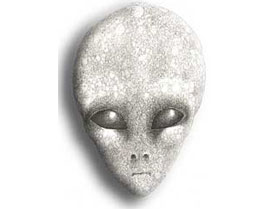 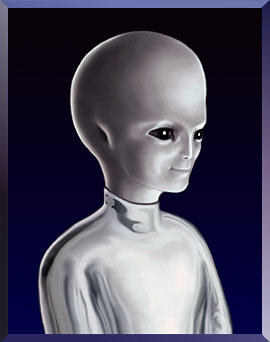 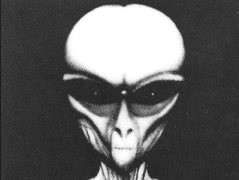 There are other Pleiadian beings and Others I’ve had contact with for many years and yet I’ve never clairvoyantly seen them. The relationship didn’t require me to, but only feel, sense, hear, and learn how to perceive and communicate with them in this higher way and non-clairvoyant way. It is much like having a very subtle word-free conversation and long-term relationship with someone you greatly admire, trust, and love, but you don’t emotionally need to perceive them in lower psychic ways. I believe this is another way the ascending/evolving 3D human will begin to experience some aspects of their entrance back into Galactic Society the higher and closer we vibrate ourselves to the 2012 date.

Ascension/evolution out of being polarized, dysfunctional, warring, fearful, projecting, irresponsible, only left-brained aware, patriarchal heartless beings of the old lower 3D consciousness and world will allow us to discover we’re vibrating, existing within a vastly higher non-polarized frequency range where plenty of ETs and Others have always existed and long hoped we’d make it back again. Welcome back into Galactic Society ascending humans.

The dismantling. Do you feel it? Do you feel it in your body and every cell, your heart, head and being? Of course you do. That extraordinary knowing that everything is changing dramatically, rapidly and permanently every second now. That sense that all of us are not altogether where it currently looks and seems like […]