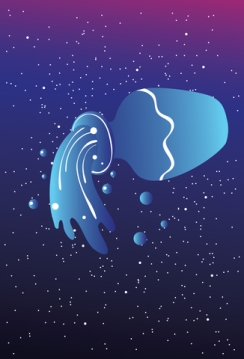 I’ve remembered a male past life in Egypt of 12,600 B.C. with three Starbeings (from Orion, Sirius, and the Pleiades) which I’ve written about here already. I haven’t  talked about some of the intense emotional feelings and knowings I’ve had that are directly connected between that life and time, and this current life and time now.

I know how wild it might sound hearing someone say that a time halfway around the precessional wheel 12,500–12,600 years ago at the beginning of the astrological Age of Leo, could be directly connected to us here now and what’s currently happening. This is what I’ve felt and been shown in numerous different ways since I incarnated in this life. Little clues, big memories, subtle reminders were with me constantly throughout this life from the age of 5. I’ve trusted my strange past life memories from this ancient life in Egypt despite how utterly bizarre many of those memories were back in the 1950s, 1960s, and 1970s. I didn’t care and still don’t, if my personal memories were at complete odds with the current day “educated professionals”, for the simple reason that I knew they were working within a minuscule box of awareness in comparison to what humanity actually was so long ago. We’re brute, heartless, unaware “cave men” today in comparison to what we were prior to this planetary axial tilting disaster. Thankfully, the great wheel turns, and this past horror and planetary trauma has been transmuted. What we fear has already happened—long ago.

Here’s a short list of  some things I’ve remembered from this particular past life in Egypt of 12,600 b.c. at the beginning of the Age of Leo:

Since about 1999, I’ve been physically watching this same change in the Sun and Solar light happening here now at the cusp of the Age of Aquarius, exactly opposite the Age of Leo on the great 26,000 year long precession of Ages. We’ve reentered this area in space where this higher dimensional Photon Light exists and obviously, this happens or has happened only during the two Ages of Leo and Aquarius.

This isn’t about these particular things, as rare and amazing as they are, but about something else. Something very emotional, hierarchical, time-coded, astrological, cosmic, and how those ancient Starbeings knew exactly what they were doing way back then and how it would play out in our lives and time here now via the whole ascension process and entering the Age of Aquarius and much more. In previous blog posts about this topic with these same Starbeings in Egypt, I’ve used the term Starseeds and Starseeded to describe those of us who were the deliberate creations of those particular three Starbeings and three Star systems/dimensions. That is one of the many things they did in 12,600 b.c.; they seeded many thousands of us in Egypt and probably elsewhere. The interesting aspect of all this to me is why, and it’s taken much of this life and my own ongoing ascension process to connect the many multidimensional dots scattered across time on Earth through past/present incarnations and into other dimensions as well.

Since early childhood I’ve had this DEEP emotional issue about the higher Ones leaving me behind here. I suspect many of us do as it’s a common symptom and/or confusion for “Wanderers” or “Starseeds”. I suspect many of us also have layers of guilt, homesickness, a great sense of alienation, abandonment, isolation, responsibility, a long-standing sense of preparing and waiting for something profoundly important for everyone and everything everywhere. These are just a few common symptoms and emotions of being one who was “seeded” very long ago by other aspects, seemingly higher wiser aspects, or extraterrestrial aspects of our own multidimensional Selves. Not weird “aliens”, but other larger aspects of our Selves, like older and wiser big brothers and sisters.

12,600 some years ago or halfway through the 26,000 year long precessional cycle we entered the Age of Leo prior to the planetary disaster and axial tilt. Many other Stellar (non-physical) beings evidently knew or sensed that a long and horrible dark phase was coming for humanity and all life on Earth and so, they came with some plans and assistance or anchors. They seeded many of us at that time because, after they did all that they wanted to do and build on Earth in preparation, they left and went back Home. We were left here to do what we were designed to do from that Age to this. One of the reasons for this was that we Starseeds were to pick up where they left off so to speak, half a precessional cycle later or at the beginning of the Age of Aquarius, the end of the Mayan calendar.

What I’m attempting to express in as monotone a voice as I can, is that everyone, on all levels, is and has been involved with this cosmic “ascension” process. Those wondrous beings of past Ages who were our guides, our angelics, our Family from the Stars, our great and dear Master Teachers from past Ages and cycles, they too have “ascended” or moved on to other hierarchical levels of being, just as the Starseeds (and/or “Lightworkers”) have been doing since 1999 on Earth. Many of us who were seeded by ancient Starbeings from numerous different other dimensional non-physical dimensions and systems are currently taking our newly ascended roles as the new guides, the new teachers and helpers to the coming new world and humanity but within a higher dimension and new energetic Age and world.

12,500–12,600 years ago was an astrological Age change (Virgo into Leo) and also entry into the higher Photonic Light. But this time there is a lot more going on! There are numerous different cycles all ending at the same time; an astrological Age change (from Pisces into Aquarius), and also reentering the higher energies of the Photon Light, but also a great completion or graduation of all past cycles (Mayan calendar) around the same time (2011–2012). This is not just an astrological Age change, it’s not just reentering the Photon Band of Light again…it is a completion of ALL cycles within a huge complex system of learning and creativity. We’re still in the process of TRANSITIONS out of the old lower system and reality, and getting familiar with the new higher rung we’ve ascended or evolved into.

By “we” I mean the old Starseeds/Lightworkers who’ve been living the ascension process for a number of years already. We are becoming the new Guides and Teachers for a New Earth at a completely different level than before. There are many grades in school but eventually, grade after grade must graduate and leave that school for a totally new place of continued learning and creativity. This is what we’re doing, this is what we’re living and experiencing now. So for those of you who’ve been experiencing your past, much beloved non-physical Guides, Star beings, Teachers and Angelics leaving you over the past few months or years, know that it’s because we’ve all shifted or graduated within the energetic hierarchy because of this ascension process/Age change/dimensional shift/new world-new consciousness. We are now the new Water Bearers for the New Earth. What an amazing time it is for All.

Copyright © Denise Le Fay and TRANSITIONS 2009-2012. All Rights Reserved. You may copy and redistribute this material so long as you do not alter it in any way, the content remains complete, credit is given to the author and you include this copyright notice and link. https://deniselefay.wordpress.com/

3 thoughts on “New Earth Angels are the new Water Bearers”

First I need to lay down some disclaimers and clarifications. Normally I do not publish back-to-back articles because each article deserves some time to sit, without other distractions that pull certain people’s focus and consciousness. There’s way too much of that everywhere already. I write an article and then if it goes this way, there’s […]

The Many Non Compos Mentis

Non Compos Mentis — not of sound mind. So Many in Ascension Community Still Perceiving Everything With Duality Consciousness Like myself some of you have been aware during these ascension years that many people who present themselves online and/or physically as ascension teachers, writers, channels etc., plus large numbers of people within the ascension and conspiracy […]

I’ve been very curious about what the incoming NEW December 2020 codes for 2021 and beyond would look and feel like. In December of 2018, I first began clairvoyantly Seeing the incoming NEW Triality based frequency codes for 2019 as endless fields of beautiful pastel, iridescent and also darker gemstone colored triangle shapes and triangle […]