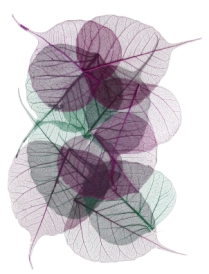 When I was a kid I hated reading, hell I hated school! My Dad tried to get me to read and I just found it all so boring. Then, when I finally got out of school and discovered books that actually interested me I couldn’t read enough of them. It wasn’t that I didn’t like reading, it was that I didn’t like what school demanded I did read. But once I discovered Dion Fortune back in the early 1970s, I was hooked and nothing stopped me for decades. I’d finally found information I could relate to; information that told me things I needed to hear then, information I cared about deeply and which validated my strange psychic and paranormal experiences.

Back then I could absorb a book every couple of days and retain almost all of what I’d read. Not only that, but I could recall where in the book such and such information was. I don’t have a photographic mind, I have a dyslexic mind with Mercury retrograde conjunct my MC from the 10th. I’ve had to learn to work around the lower mind, linear words, and linear time glitches and I usually do okay… all things considered.

Then my Ascension Process started and everything changed overnight. I went from loving reading and being able to absorb information with the greatest of ease, to, not being able to read one small paragraph and understand or retain anything I’d read! It was devastating. It was depressing. It was frustrating beyond belief to not be able to make my old familiar mind work and read those words and sentences and understand or retain any of it. What in the freaking hell was suddenly “wrong” with me?!

Not only did my ability to read, retain and comprehend end abruptly, but I also had long phases back then (1999-2006-ish) of not being able to remember certain words for things and objects. During this mega unpleasant and highly frustrating time I actually forgot my first name, I could hardly communicate, would have to resort to pantomime just to try to express myself. It was horrible. My laser-like mental focus, my instantaneous ability to effortlessly fall into an altered state of consciousness to access Higher information, and/or to talk with my much beloved higher dimensional Star Beings and Family from Home, my easy ability to read and retain what I read was gone, gone and really seriously GONE! And, it didn’t magically and instantly return either. Nope, it was years before I got through that truly horrible first phase of the Ascension Process. There were numerous other ascension symptoms happening at the same time as this, but I didn’t know any of this was “Ascension” related. I just thought I was falling apart, that I may have been having a “breakdown” of some strange type, or that I was having THE worst menopause in recorded history! I didn’t know until years later that what I was living through then were the repeated Little Deaths of my ego self and all of those old nifty, highly fine-tuned tools of perception I’d had as a psychic/sensitive within old 3D reality.

It was a slow process of going through the “falling” of my thinking abilities, my ability to effortlessly communicate something to someone, to remember names and the right words for simple everyday things. Things like water, screwdriver, socks, fertilizer, orange juice. It would require 10 minutes worth of words before I could collect enough of them that resembled SCREWDRIVER and it was exhausting, frustrating for me, and for the poor other person having to listen and watch this pathetic attempt at communication. Such is the worst phases of the ascension process. Such is the dismantling of our egos and intellects, our razor-sharp mental abilities and many, many, other things.

I’d be reduced to trying to express that I was looking for a screwdriver to this: “You know, it’s that long silver thingy. It’s got that pointy thing at its end. It’s kinda cold and shiny. You know…!”

All those words but I couldn’t remember screwdriver! Or orange juice: “Where’s that stuff, that cold stuff we drink? You know…we drink it in the mornings! We keep it in that thingy where we keep the cold food!” Again, all those words but not the ONE important one. And obviously, other people who hear you in this state just look at you with that flat expression like they’re watching you wondering why you’re even out in public!

I remember buying really great books back during this time and barely being able to get through them. I had one of Barbara Marcinak’s Pleiadian channeled books and I normally would have burned through it in two days, but this one sat on my bookshelf for a year because I couldn’t read or retain any of it. I also remember pushing it and struggling anyway to try and read. I’d literally reread one small paragraph eight times and still not be able to understand one word of it! I also couldn’t hold my mental focus on reading because it too was gone, gone, seriously GONE! I finally just gave up and stopped reading until brain function transformed into what its become today.

The point with this Ascension symptom—as with so many of them—was to move beyond that level of perception, that old lower state of awareness within myself, my powerful connection with linear time and keeping physical ‘reality’ as safe and smooth as I could. Being psychic and sensitive, I was used to running on 12 cylinders anyway and having my invisible feelers far, far out in all directions around me constantly, always being ultra-aware, but all that had to be torn down so I could ascend/evolve beyond it into a NEW and much higher level of consciousness and being.

So when you find yourself suddenly not being able to remember simple words and names for common everyday things; when you find your mental process acting like a bomb has gone off right in the middle of your well-defined and manicured intellect; when you sound and look like you’re not running on any cylinders at all, rejoice because it most likely means you’re deep into your Ascension Process and big chunks of you, your 3D polarized mind, density and Duality, your old lower ego self are dying and naturally being replaced with much more interesting and higher frequency aspects of the higher YOU. Just put the reading material down for as long as you need and let these old lower aspects of your 3D self fall away. Fear not, just go with the transformational flow and release and know something vastly better will automatically take its place. ❤

Copyright © Denise Le Fay and TRANSITIONS 2008-2012. All Rights Reserved. You may copy and redistribute this material so long as you do not alter it in any way and the content remains complete, credit is given to the author, and you include this copyright notice and link. https://deniselefay.wordpress.com/

3 thoughts on “The Many Little Deaths”