April 5, 1995 (at the age of 43) I had the most intense, lucid, blatant and in-my-face dream message I’ve ever had. It consisted of simple images of white letters and numbers on a black screen. While I was viewing these I also got the corresponding emotions and Higher Awareness knowing about what the symbols meant for me personally. My dream message looked exactly like this:

That was it. Not very impressive looking is it? I can tell you however that it was the single most important message from my Higher Self I’ve ever received. D is the letter of my first name and this message was telling me that, ‘The Death of Denise was going to begin at age 47, that it would cause me to become 1 or unified, and that the number 1 also indicated the month of January 1999.’

I knew that I wouldn’t physically die at age 47, but that it would be a death and transformation situation or Initiation process. I was wrong, it was much, much more! It was and still is an ongoing “death” transformational Process of all the lower aspects and energies within me, you, humanity and of what we’ve done to Earth and her many inhabitants and more.

I thought I understood exactly what this dream message meant for me at the time I had it. I did, but only at a very surface level. Five years later I turned 47 in late December 1998, and this Higher Self lucid dream message became a living reality for me literally overnight. And, it seemed I’d entered hell. This full Process started physically, biologically for me on February 1, 1999. (I found out years later that January 5, 1999 was the start of the Mayan Eighth Wave cycle. Also, 1998–1999 was the physical start of Galactic Alignment which lasts until about 2016–2017.)

I simply thought I was ultra sick and probably starting menopause. I say that because I had so many menopause-like symptoms that all started literally overnight! It was profoundly horrible in so many ways. I suddenly became more ill than I’d ever been and my once highly focused mental and psychic abilities were like a bomb had gone off in the middle of them! I could barely communicate or focus mentally for about five years. I became a ‘chemical sensitive’ which just means everything made me sick within seconds (and still does but not as severely). There’s much more but hopefully you understand how severe this was and how suddenly it began for me. This Process of transformation/Ascension happens across the board; physically, mentally, emotionally, psychically, energetically and spiritually. Also, much of this transformation/ascension Work carries over into our sleep or dreaming state and energy body because so much more can be accomplished so much faster there than while in our physical bodies in 3D physicality. Many of these transformation/ascension dreams are extremely negative as well.

I bought my first computer in April of 2003, despite the fact I’d never used one prior plus my mental focus was in tatters due to this Ascension Process. I didn’t even know how to turn a computer on or off ,plus I was totally clueless about the Internet. This along with my mental confusion and inability to stay focused made doing much of anything with the computer nearly impossible. It was a difficult, frustrating, confusing and messy time for me.

If memory serves, it was in late 2005ish that I first discovered a website that dealt with “Ascension” and listed many of the physical, mental and emotional symptoms. I knew within a couple minutes of reading that material that that’s what I’d been living and struggling with. I knew that’s what my April 1995 dream message was informing me about five years before it started physically (for me) on February 1, 1999.

I now understand I’m what’s been called a First Waver, a Forerunner, a Wayshower, a Pathpaver etc., meaning I was one of the first small groups of incarnate ‘Volunteers’ to start living and embodying the physical, biological, Alchemical Ascension Process in early 1999. I believe it was so extremely horrible, painful and negative for me because I was in the first group starting this Process, plus, I was and still am an ultra-sensitive as most of us in these Forerunner/Wayshower groups are. Also, because there was only Darkness on the planet back then, it was like pushing a colossal dark boulder uphill very slowly, while being repeatedly attacked by those that didn’t want any of this to happen on Earth. Needless to say, it was a profoundly difficult, dangerous and unbelievably painful Process, but, such is The Work that the Forerunners/Volunteers/First Wavers/Lightworkers etc. have done.

A few years later the Second Wave group of Volunteers/Forerunners began this Ascension Process and it was a bit easier for them because the First Wavers had gotten that Dark boulder rolling, up hill but rolling! A few years later the Third Wave group of people began this ongoing Ascension Process, and each time another group of people gets activated by the higher dimensional energies, it gets a bit easier and faster for them to move through their difficult first phases. And on and on it goes, and by the end of 2007, we’d gotten that huge dark boulder so broken apart that it was free-falling down the other side of the mountain.  First phase of the Mission accomplished, next phase/level begun in early 2008.

This brings us up to current time (2008) where I feel another new and larger group of people across the planet are currently being activated to begin their physical evolutionary Ascension Process. Many of them are totally unfamiliar with any of this Ascension stuff, and will worry and be very confused when their bodies, minds, emotions, consciousness, life and very reality start behaving and changing in really weird and often frightening ways. Not to mention that they’ll begin to perceive other things as well. This is why it’s so important to openly share information about the ongoing Ascension Process. People need to know they’re not going “crazy”, that they’re not “dying”, (well…they are but don’t tell them that until they’re well into the Process!) and that there’s really very wonderful reasons why they, their bodies, consciousness, relationships and lives are suddenly and seemingly “falling apart”. It’s due to the natural compressed evolution of the Ascension Process. 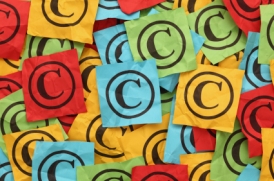 Copyright © Denise Le Fay & TRANSITIONS, 2008. Use or duplication of this material is strictly prohibited. All Rights Reserved.

One thought on “D 1 47: A Message about Ascension from my Higher Self”

A reader recently requested I talk about “the unrelenting and debilitating exhaustion so many of us are feeling”. Thank you for your request AF. ❤ Believe it or not I’ve been doing so all along. It’s sometimes helpful to reread my posts in monthly order throughout a whole year because each month is like a different […]