I thought it would be interesting to share some of the basic Belly Dance movements and steps. I intend to reveal simple but ancient knowledge and awareness with these images and to show the viewer that there’s far more going on with ancient Dances than first thought. This ancient language of symbols has always been there in plain sight but modern man has been blind to it all. Every time I used to step out barefoot in front of an audience to perform Belly Dance, I did so with the same intention; to subject the audience to specific energies. To trick them into viewing and feeling something very different than what they were expecting from a common Belly Dance performance. With the current consciousness expansion process much of humanity is living now, it’s time to explore these ancient truths, the Cosmic Dance Steps of the Goddess.

As you view the different symbol images below, understand that they are the Belly Dance steps! The ancient invisible patterns that Belly Dancers trace with different parts of their bodies. Native American Indians, Islanders, East Indians, Aboriginals, ancient Eastern and Middle Eastern cultures have danced, walked, stomped, hopped, undulated, swirled and spun to all of them for ages and ages. These ancient shapes are the geometric language of the Goddess and the repertoire of dance steps of Belly Dancers over the ages. From the different shaped orbits of planets in our solar system, to the spinning orbit of the earth tracing a huge circle around the sun, to the spiral arms of the spinning Milky Way galaxy, to the way the elements move in physicality, it’s all the same thing…the same sacred cosmic dance steps! It’s just that the ancients knew this where we’ve forgotten, but that’s changing fast now.

The INFINITY symbol is one of the main belly dance movements. It’s traced with both hips or only one, forwards or backwards, parallel to the floor or upright as in the pictures. The hips, torso, the head, the Veil, the wrists and hands are all used to trace the Infinity symbol in belly dance. Unless you know what the dance movements and steps really are, they just look like a female dancing around in unique and sensual ways.

SPIRALS and MULTIPLE SPIRALS are another basic dance move done with the body or in combination with other props such as a Veil or Veils or Fire or Feathers etc.

The CIRCLE is danced with both hips, one hip, the torso, one shoulder or both alternating, the wrists alternating, or the whole body in one large circular movement. 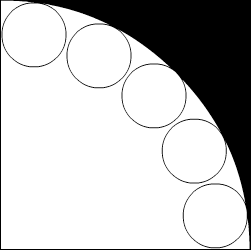 Smaller CIRCLES within one large CIRCLE is danced doing fast tight small spins while traveling in a larger CIRCLE. This is really the movements of planets and orbits of earth around the sun and galaxies around the multiverse.

HALF CIRCLES are traced with both hips or off to the side with only one, the torso, and other traveling steps across the floor.

UNDULATIONS are a basic dance movement that can be done with different isolated parts of the body or combined into one full body movement from head to toe. 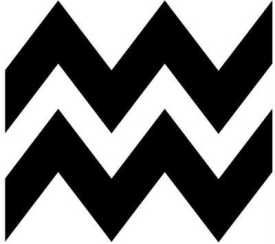 The sharp ANGLES are both traveling patterns and also stationary staccato hip, torso, head and hand accent hits. So there’s all the soft curving rounded shapes and also the intense sharp ANGLES.

The TRIANGLE is traced with the hips, the chest, or the feet in larger traveling steps. The points of the TRIANGLE are usually accented with a hard hip hit or snap.

SQUARES are traced with the hips, the torso and the head. They’re also danced out on the floor and the corners are accented with hard hip hits.

There’s more but you get the picture. So next time you dance or watch someone else dancing, remember that the dance steps and movements come from these sacred geometric basics. When danced they have a wonderful way of easily connecting you up with the larger cosmic movements and patterns we’re all dancing within.

In past years I’ve written about how the Sun’s frequency has been slowly increasing, causing the visible color changes to it the farther into the Photonic Light it has orbited. The same is true of the Earth, its human population and the rest of our solar system and beyond. It’s just been easiest […]

Tomorrow, January 18, 2022, Uranus (ruler of Aquarius) goes Direct. January 20, 2022, the Sun enters Aquarius. Get ready to have a hardcore hair blown back sort of time of it for much of 2022 everyone. This is good actually but it’s going to be intense and on and off again questionable for much of 2022. […]

The Light Frequencies You Have Embodied Are THE Key

I hope you know me well enough by now to know that when I go quiet it’s because I’m having a rough time embodying the latest NEW energies and simultaneous outgoing old ones and all that went with them. Such has been the case since November 2021, December 2021 was much more energetically intense and […]