The first Star glyph on the left is SIRIUS, in the middle is ORION, and the PLEIADES on the right. As I mentioned before, I was shown these three stellar glyphs by the three Starbeings from each of these systems back in January 1985 during a meditation. [See A Lightworker’s Mission ]

Here are some recent photos and images of these 3 star systems I’ve found today. First is Sirius,

And the Pleiades from Barbara Hand Clow’s book The Pleiadian Agenda 1995. 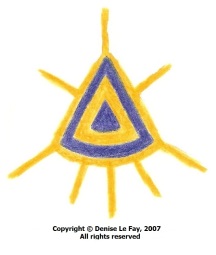 It took me a few years to finally recognize that B.H. Clow’s Pleiadian drawing is the same as my Pleiadian Star glyph, just turned upside-down.

The dismantling. Do you feel it? Do you feel it in your body and every cell, your heart, head and being? Of course you do. That extraordinary knowing that everything is changing dramatically, rapidly and permanently every second now. That sense that all of us are not altogether where it currently looks and seems like […]