This is one of many past life scenes from my first incarnation in ancient Egypt at the beginning of the astrological Age of Leo around 12,600 b.c. I was a male in this life, but was female in the second life around 3,000 years later. It can get confusing as to which Egyptian past life I’m talking about so that’s why this clarification first. 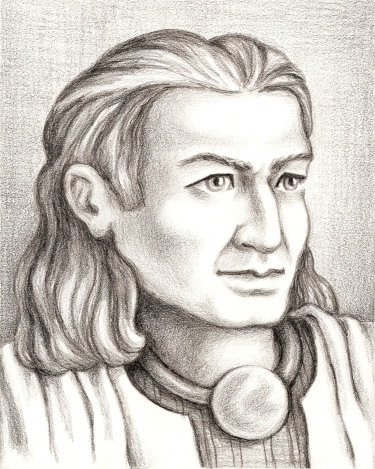 All of us young Starseed students had entered the large open stone building for the Master Sirian’s latest class. He was the Sacred Architect. As we entered we saw that a large round table had been placed in the middle of the room for the lesson. It was about 4 foot tall and had 2 inches of smoothed white sand on the top of it. As we all lined up around the table the 6D Sirian Sacred Architect started to talk from the far side of the room. He was deliberately remaining in the shadows off to the side because he wanted our entire focus on the top of the table, not on him.

Suddenly a mass of different colored laser-like rays of light manifested from somewhere far above the table. These beams of pure light shone down creating a complex geometric pattern in the empty space above top of the table. The beams of light went down into the smooth white sand and disappeared below.

The Sirian told us to slowly walk around the table and study all the complex lines of light carefully from all sides and angles. He wanted us to intimately understand a multidimensional concept we’d forgotten.

As we all slowly inched our way around the table repeatedly, the Sirian Architect talked from the sidelines, slowly coaxing our consciousness back up to the 6th dimension. He told us that the geometric structure we were viewing in numerous lines of laser-like light on the table was going to become a very large physical stone structure soon. He wanted us to understand how to create and build from the higher nonphysical sixth dimension first for real strength, durability and longevity in the physical third dimension. We needed to learn about geometric Light template patterns that exist in the 6th dimensional frequency range.

The Sirian told us that the different colored laser light lines we were looking at was the 6th dimensional geometric framework, the higher vibrational 6D Light Pattern that was this soon-to-be physical structure. It was the geometric light pattern or holographic image of a particular structure within the 6th dimension that would soon become physical here. The three Master Starbeings from 6D Sirius, 8D Orion and the 5D Pleiades had been working on it for a while and it was close to being ready to bring into physical reality.

As we students walked, he talked, and we slowly began to understand what he was teaching us. He showed us how structures that are intended to last for many, many long Ages in physicality, are deliberately built first in the higher dimensions. When the higher dimensional light pattern is deliberately used first, the physical structure in 3D will last far longer because it’s been created in complete alignment with All else. It’s literally a manifestation in 3D physicality of what it is in 6D. In other words, it’s a deliberate creation manifested first from higher dimensions instead of only something constructed in 3D physicality that’s not intentionally, consciously and deliberately connected to anything vibrating higher. Because it exists with no energetic soul so to speak, it deteriorates very quickly in 3D physicality. But, buildings and structures built using multidimensional awareness last for Ages and Ages and Ages in physical 3D reality.

The sixth dimensional (6D) geometrical light pattern the Sirian Sacred Architect was showing us Starseed students that day was what would eventually become the physical Great Pyramid in Egypt.

[See A Lightworker’s Mission for more information and other illustrations.]

Copyright © Denise Le Fay & TRANSITIONS, 2007. All Rights Reserved. Use or duplication of this article is strictly prohibited.